“We are so proud to welcome our celebrities to Baraboo and the Big Top Parade,” said Nanci Caflisch, co-chair of the committee planning the event on behalf of the Baraboo Area Chamber of Commerce. “Our celebrities add a dash of fun and frivolity to our event and I cannot wait to meet and welcome them to the excitement of the Big Top Parade when they arrive on the 20th!”

After nearly 30 years teaching at Baraboo’s middle school, Considine won the 81st District seat in the Wisconsin Assembly in 2014. Away from the Capitol, his interests are many and varied: Considine has at times been a singer, dairy goat judge, community theater performer and track coach. He also enjoys tending to the family’s longtime home in the Baraboo Bluffs.

Carlson had worked at NBC-15 since 1988, most recently as the weekend weather forecaster, before retiring June 30. Away from the station, Carlson has served as a past PTA president, a volunteer lunch lady and a fixture at community events like the Big Top Parade.

DeSanto is a Baraboo institution with deep roots in the circus art form. She came to Circus World Museum in Baraboo with husband Greg DeSanto as a clown duo. While she still dons her signature makeup and yellow wig on occasion, DeSanto now spends her days working as Executive Director of the Boys & Girls Clubs of West Central Wisconsin. DeSanto is active in many community groups and, like Considine, has taken the Al. Ringling Theatre stage as a community actor.

The theater will play a key role in the Circus Celebration, screening “The Greatest Showman” at 7 p.m. the evenings before and after the parade, July 19 and 20. But the circus fun truly begins Thursday, July 18, when Professor Stich’s Original Baraboo Circus Band will perform at Concerts on the Square in downtown Baraboo.

On Saturday, downtown Baraboo will host Circus Palooza from 9 a.m. to 3 p.m., with vendors offering grilled cheese sandwiches, carnival games, beer, wine and other treats. The main event, the seventh annual Big Top Parade presented by Baraboo State Bank, will begin at 11 a.m. The celebrity judges will be part of a 75-unit parade featuring historic circus wagons and entries adopting this year’s “Summer of Luv” theme.

In past years the event has drawn up to 30,000 spectators to the Baraboo Area, generating an estimated $2.5 million in economic impact. For more information about Baraboo’s Big Top Parade & Circus Celebration, visit www.bigtopparade.com, like the Big Top Facebook page, or call the Baraboo Area Chamber of Commerce at 608-356-8333 or toll-free 1-800-227-2266. 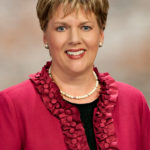 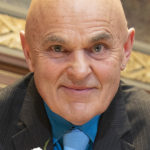 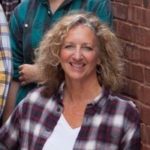